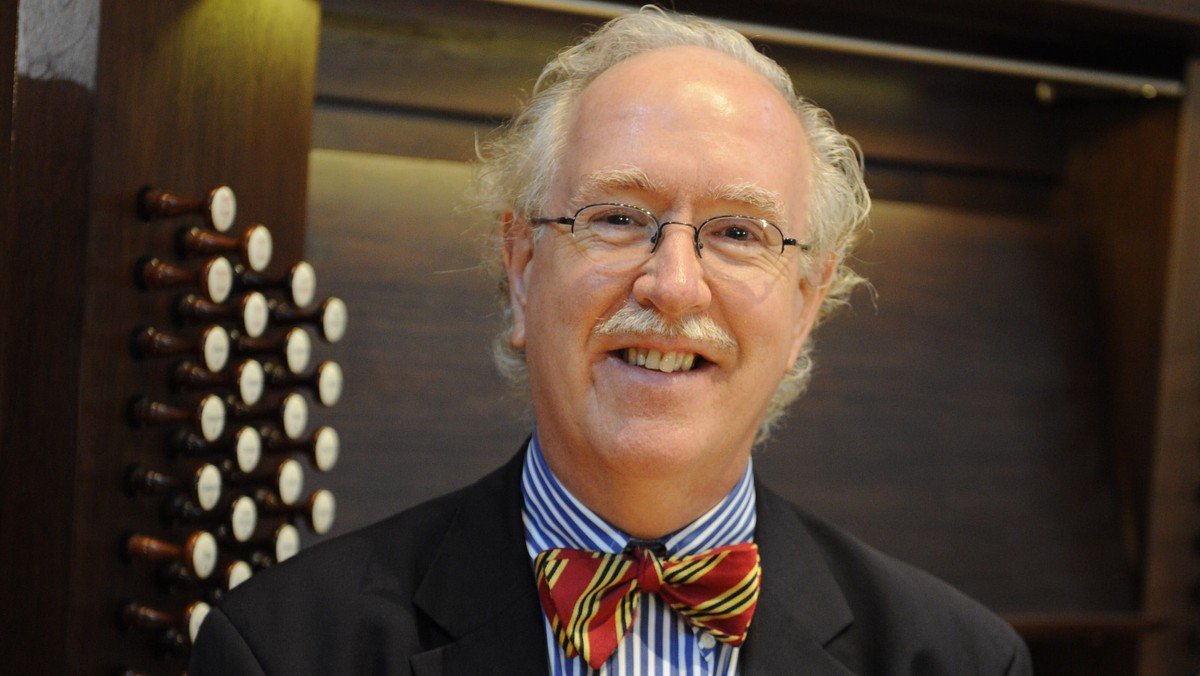 Since his debut at the age of eighteen, Colin Andrews has been recognized as a musician of great versatility, power and artistry.  Born in Bristol, England, Andrews initally studied with Garth Benson of St. Mary Redcliffe Church, Bristol.  At sixteen, he entered London's Royal Academy of Music for four years of organ and piano study under principal Professors, Douglas Hawkridge & Margaret McDonald.  He later moved to Geneva, Switzerland, where he was a student of Professor Lionel Rogg at the Conservatoire de Musique.  Following his return to Britain, he studied privately for two years with Dame Gillian Weir.

Colin Andrews has been the recipient of many awards, most notably, he was a prizewinner at both the 1980 and 1982 Dublin International Organ Competitions in Ireland, and, in 1993, The Royal Academy of Music, London, bestowed an Associateship upon him in recognition of his distinguished performing career.

In addition to his recitals, Colin Andrews is an active teacher and lecturer, and has given presentations at, among other venues, The Franz Liszt Academy, Budapest; Taiwan Theological College; Pipe Organ Encounters for the AGO; Oundle Summer School & The Royal Birmingham Conservatoire, UK; Emory University, Atlanta, GA; The Moscow Conservatoire, St. Petersburg Conservatoire, Russia, and the 1998 AGO National Convention.

He has recorded thirty broadcasts for the BBC in the UK and has appeared on local and national television in the USA ("The Hour of Power"), Russia, Poland, UK, Japan & New Zealand.  His fourteen commercial compact discs are available on the Gothic, Loft, Naxos, Priory & Zig Zag labels and can also be found on YouTube, Apple Music & Spotify.

Among his church positions has been a twelve year tenure as Organist & Master of the Choristers at St. Stephen's Episcopal Church, Goldsboro, North Carolina.  In 2004, he led the choir from this parish on a concert tour of British Cathedrals;  his choir has also sung the office of Evensong at Washington National Cathedral.

During the 2000/2001 academic year, Mr. Andrews was visiting lecturer in Organ and Sacred Music at East Carolina University.  In the fall of 2005, Mr. Andrews joined the faculty there teaching applied organ and associated courses.  During the 2008/2009 academic year, Andrews was interim Director of the Organ and Sacred Music programs at East Carolina University, fulfilling all teaching and administrative activities in the discipline.  Colin Andrews's students have distinguished themselves at the national and international levels of the organ competition circuit and have been accepted at all of the major institutions in the US, many hold prestigious academic and church positions.  During his twenty year tenure in North Carolina, Mr. Andrews served as an organ consultant for seventeen different projects in North Carolina and Virginia.

In 2009, Colin Andrews joined the Organ faculty at Indiana University, where he taught applied organ, Organ Pedagogy & History of Sacred Music and Worship until the spring of 2015. During his time at Indiana University, Colin Andrews led an intiative to start online courses in Organ & Sacred Music.  He currently serves as Director of Music at First Presbyterian Church, Franklin, Indiana.

Colin Andrews is one of only four organists in the world to have recorded the complete organ works of Olivier Messiaen.  In 2012, Mr. Andrews was named a "Membre d'Honneur" of the "Association Grand Orgue Trinite Messiaen" based at the composer's church, "l'Eglise de la Sainte Trinite" in Paris, where Messiaen served for sixty-one years.  Mr. Andrews' recording of Messiaen's "l'Ascension" & "Messe de la Pentecote" was voted into the top ten sacred music recordings for 2012 by "Christianity Today."

Engagements for the 2021/2022 season include a second appearance at the church of La Madeleine in Paris, Copenhagen & Haderslev Cathedrals, Denmark, Szeged Cathedral, Hungary, a tour of Italy and a visiting Professorship for the fall semester at Florida State University.  Further engagements include a complete performance of Messiaen's "La Nativite du Seigneur" and a complete performance of his "Livre du Saint Sacrement"for the Chicago and North Shore Chapters of the American Guild of Organists at Loyola University.